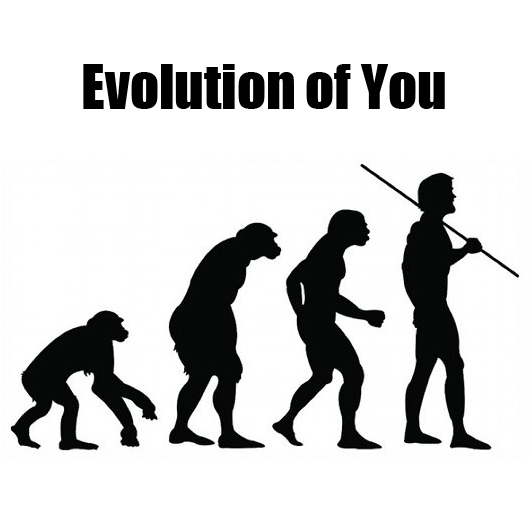 This past weekend we kicked off what is sure to be a powerful soul searching series called Mirror Time. Let’s face it, our image matters. That’s why we spend so much time and money on what we see in the mirror.

One concept that I talked about this weekend was the Evolution of Self-image. Humans have been trying to remove intelligent design from our existence for thousands of years. Many have bought into the idea that we have evolved from nothing into something; that we came from matter that doesn’t matter. It’s the only way of explaining the uniqueness of humankind apart from all of the rest of creation without God.

The problem I see today is that many people have also done the same with what they see in the mirror. By removing God from the equation, you are left with an Evolution of Self-image.

The problem with this false human theory is that it removes the divine truth that God made you “in his image”… from the beginning. God didn’t make someone that needed to evolve to matter. God made you good enough from the start. God only makes matter that matters.

Have you adopted an evolution of your self-image? If so, you need to realize that is a false human theory and not the divine truth.

Genesis 1:27
So God created man in his own image,
in the image of God he created him;
male and female he created them.