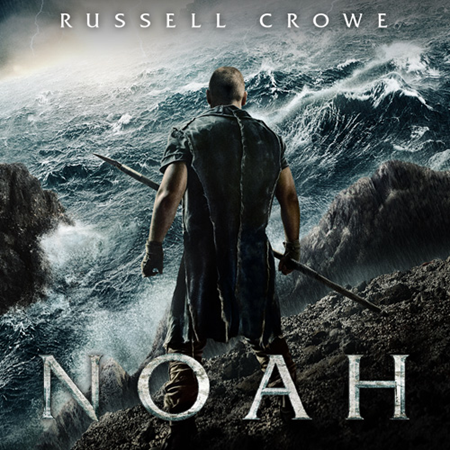 I finally got to see the much acclaimed and somewhat controversial movie Noah. It has drawn a bit of criticism from the Christian community.  I am not naive enough to think that Hollywood would try to “share a message” through this film.  However, I thought I would share a few of my thoughts on the movie.  (Remember folks…this is a movie!!)

It was worth watching.  Other than some violence, it was a pretty “clean” movie, and one I would allow age appropriate family members to watch. I would, of course, discuss with them the creative license that was taken and make sure they know the story given from the Bible.

What I appreciated about the film was the internal tension Noah experienced as he felt that God had called him to save the “innocent” animals and yet be responsible for ending all of sinful humanity – including his own family. This demonstrated the real challenge all of us have trying to know and follow the voice of God. Sometimes, it’s just not that clear.  Although, I will admit, at times, it seemed a bit ridiculous that Noah was sure that it was his “job” to choose who lived and who died, as if God couldn’t have done it without him.

My greatest fear is that uneducated Christians and non-Christians who rarely read the Bible would end up with an unbiblical view of this portion of Scripture or even worse – God.  While I appreciate Hollywood’s take on this Biblical tale, I don’t want people to lose sight of the real story of God’s wrath and His mercy on us.

My greatest hope is that this movie will create an interest in people to know the truth about our Creator.  If that happens, it will be a greater success than Church community would ever have realized.

What did you think about it?