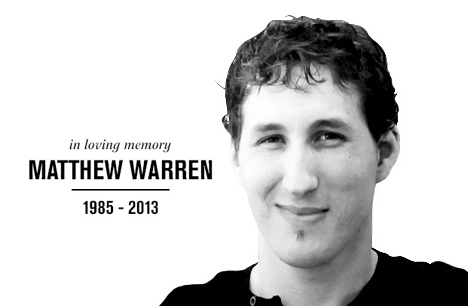 Saturday afternoon, I received a text message from my Executive Pastor informing me that Pastor Rick Warren’s son committed suicide. I immediately felt a range of emotions from shock to disbelief. Honestly, I wasn’t sure if I believed it. There is so much misinformation on the web, that I had to verify it. Sadly, it was true.

Rick and Kay Warren’s son, Matthew, took his own life on Saturday, April 6, 2013. Pastor Rick gave this statement about his son Matthew:

“Matthew was an incredibly kind, gentle and compassionate young man whose sweet spirit was encouragement and comfort to many,” a statement from the church said. “Unfortunately, he also suffered from mental illness resulting in deep depression and suicidal thoughts. Despite the best health care available, this was an illness that was never fully controlled, and the emotional pain resulted in his decision to take his life.”

I grieve for the Warrens. I can’t imagine the pain they feel and all the emotions that go with losing a child, especially this way. Yet, as I flipped through my Twitter feed, I was even more shocked to find that people were hating on the Warren’s in their time of grief. What’s even worse, is that the hate they received was from “Christians”!

I read this tweet from Pastor Rick on April 8th:
Grieving is hard. Grieving as public figures, harder. Grieving while haters celebrate your pain, hardest. Your notes sustained us.

How could people who raise the banner of Jesus, speak such hate toward a family that is suffering right now? How could anyone celebrate this kind of pain of another, let alone a pastor that has been so faithful in serving God? Even if you didn’t agree with everything Pastor Rick has said or done, how dark does your heart have to be to hurl painful insults at him? It makes me angry that people spew their hatred under the guise of “Christianity”. Can’t we strip them of the title somehow? Can the rest of this community “disown” them? I guess not. After all, isn’t that what Christianity is about? Loving people who aren’t lovable. Jesus wouldn’t have it any other way.

I don’t want this blog to be about them. I don’t want to waste any more digital footprint on them. They don’t deserve it. They haven’t earned it.

What I want to do is honor Pastor Rick and his family in this time and ask you to lift them up in prayer.
Many of you will never know the impact that Rick Warren has had on me or the church I lead. It was his book, Purpose Driven Church, that ignited the spark behind the vision of Crossroads.TV. I had no idea that there was a church in this world that was reaching the lost…until I read about Rick’s story. It not only inspired me to get into ministry, but it fueled the burning passion I have to reach the lost. Honestly, I don’t know where our church would be without the influence of Pastor Rick. Although, I do not know him personally, he has deeply impacted my life.

My heart and my prayers will continue to go out to Pastor Rick and Kay Warren. While I don’t know what they are going through, I do know the One that has. If anyone can comfort them, it is a God who has experienced the death of His Son, Jesus. May God be their Peace and Comfort in this time of loss.

If you wish to leave Pastor Rick a note of encouragement, you can do it here.

One thought on “Shock, Anger and Honor”